The Milk Market Gets Ugly In The USA. Canada The Cause 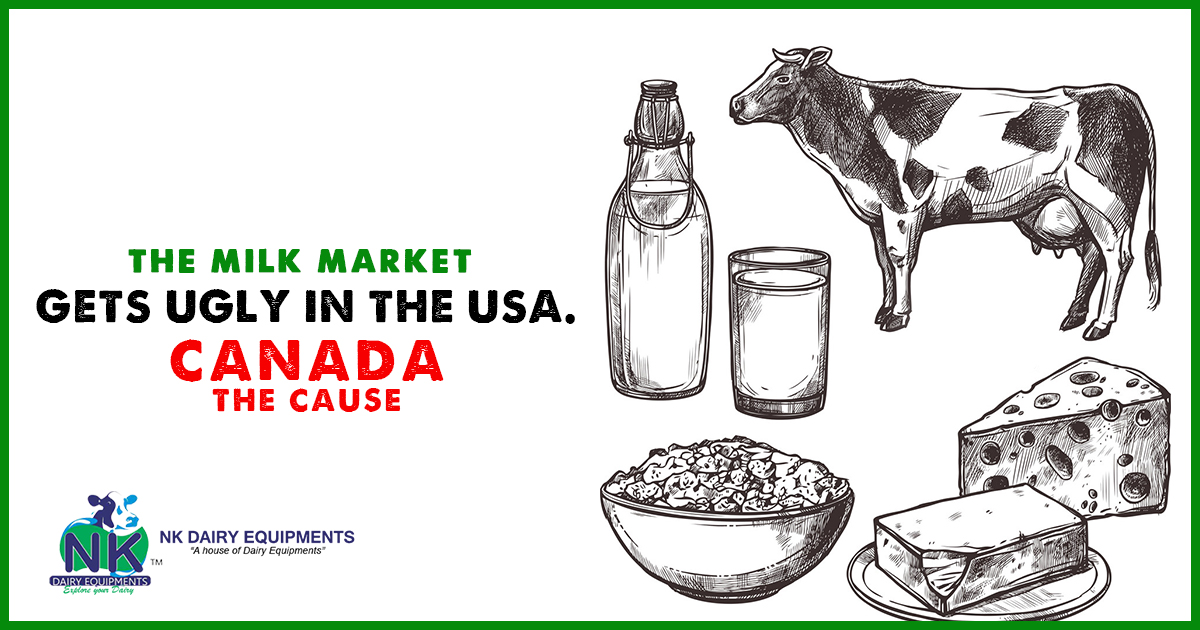 It is never direct on how a country may suffer in any occurrence of a violation of the trade policies. Canada has just imposed an indirect ban on USA’s dairy exports after its decision to follow a “class 7” pricing policy. By using this policy, it has violated the trade commitments between it and the USA. The USA has called this a total and open move to slice off its dairy products because they total up to ¾ of Canada’s exports. The USA has been Canada’s largest export market and this has hit the USA’s milk industry badly.

The National Milk Producers Federation (NMPF), the International Dairy Foods Association (IDFA) and the US. Dairy Export (Council USDEC) have all joined efforts to mobilize other states to see that action is taken over Canada’s decision. It is only Canada that knows exactly what its intentions are for the USA. There have been major standing contracts between Canada and the USA that have been ignored in this move. The idea of sabotaging USA’s dairy exports of Ultra-filtered milk in Canada has made many USA’s dairy farmers suffer in this short while and the effect is expected to spread deeply. So far the losses are estimated to be $ 150 Million and that is from only New York and Wisconsin

To make things right, the CEO and the president of IDFA have come out in public condemn Canada’s action and have also called upon the USA president Donald Trump to take immediate action. They have enlightened the long effect to President Trump and his administrators if at all; Canada doesn’t forego its protectionist policies. The major milk exporting companies have had to inform their suppliers about the possible rejection of their milk come the month of May. This calamity that is expected to worsen if at all no proper action is taken will have serious effects on the export revenues of the USA plus the common man.

Canada has not yet responded in a satisfactory manner regarding its actions. Different Dairy Organizations and the U.S Government have communicated the matter to the Canadian authorities, but all in vain. It is said that information about the problem had been posted on some official Websites, but only to be removed in a short while. If only Canada would explain the cause of its actions and settle with the USA government for a solution things would turn back to normal.